Dominique Hawkins doesn’t keep a written log of how many points he gives up when John Calipari sticks him in to serve as Kentucky’s defensive stopper, but he doesn’t forget it, either, when somebody torches him. And it’s been a while.

“I feel like nobody really scored over double digits when I was guarding them,” Hawkins said Sunday a day before he’ll play for the national championship against Connecticut. “I feel like high school, there was probably one guy: Quentin Snider. He scored a lot on me, I remember after that day, I told myself I’m never letting anybody score as many points as he did on me.”

Snider is a year younger than Hawkins, now a senior at Louisville’s Ballard High School and a signee to play point guard for Rick Pitino next season. The occasion of Snider’s big game was the 2013 state championship game between Ballard and Hawkins’ Madison Central on March 10, 2013. Snider went for 23 points that day on 7 of 19 shooting. Hawkins was 7 of 15 himself, finishing with 21 points and 10 rebounds. 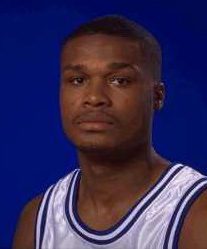